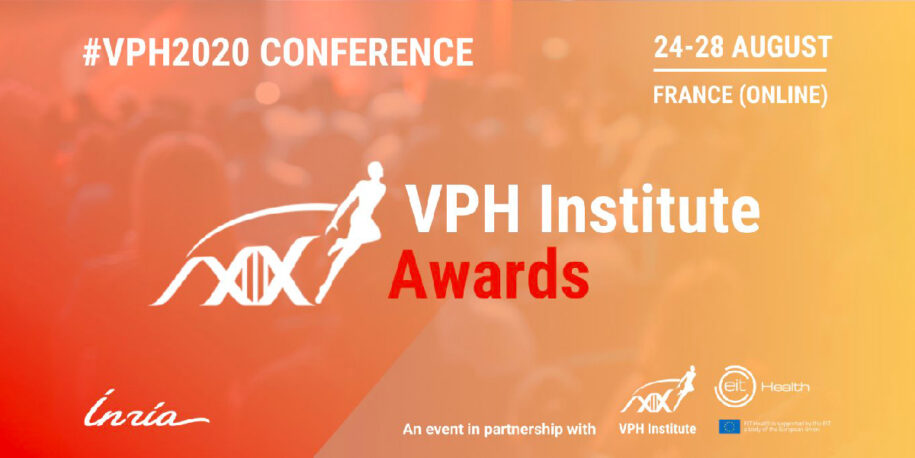 Posted by InSilicoTrials on September 2, 2020 | Featured | No Comments

On the occasion of the #VPH2020 Conference some awards were bestowed upon few brilliant young students. InSilicoTrials sponsored one of them: the VPHi-InSilicoTrials Award in In Silico Medicine with application in industrial R&D. After careful examination by a jury of experts, this important prize was awarded to Italian researcher Lorenzo Sala. This young scientist graduated from Politecnico of Milan, Italy, with a BSc in Mathematical Engineering in 2013 and a MSc in Computational Science and Engineering in 2016. In September 2019 he obtained a PhD in Applied Mathematics at the University of Strasbourg (IRMA) in France and he is currently holding a position as Research Associate at Imperial College in London. He has very clear ideas on the importance of #insilico medicine: “I am very honoured to receive this prize and I would like to thank the organisers for giving young researchers like me a chance to showcase our work. Besides the personal gratification, I am enthusiastic about the fact that our efforts to connect mathematics and medicine have been rewarded. I strongly believe that mathematical models are the keys to uncovering hidden biological mechanisms, and serving as a gateway to new and fascinating research frontiers. #insilico medicine is the Scientific Revolution of our generation, which will change our everyday life”.

A prize to support in silico medicine

Principal Investigator Biomechanics & Mechanobiology at Universidad Pompeu Fabra, Barcelona, and among the #VPH2020 organizers, highlights the relevance of this prize: “The VPHi Best PhD Thesis Awards in In Silico Medicine aim to provide visibility to integrative works in computer modelling and simulation, and more generally in #insilico technologies, applied to healthcare or to health-related biological problems. Targeting PhD theses is utmost important. The newest generations of researchers are doing a great job in seeding the fu

ture of in silico medicine, as they uniquely transpose the experience of their senior peers in open landscapes of explorations. The PhD theses are typically rewarded for their levels of innovation and challenge, and for the quality of the methodology and research outputs. The VPHi-InSilicoTrials Award in In Silico Medicine with application in industrial R&D has the particularity to further seek the transferability of cutting edge scientific knowledge and technologies into tangible applications and services for the benefit of people’s healthcare. Such transferability, targeted by the award, is cornerstone to situate #insilico technologies for the full realization of translational, more predictive and safer medicine”.

The future of simulation in Healthcare

Prof. Liesbet Geristh, Executive Director VPH Institute, adds that “this prize is very specific in the sense that it is not intended for the work that has already started on the path of translation but for the work that has not yet done so. It can help to push researchers into a reflexion on the translational potential for their work. This is a big help in getting an increasing number of students to open their eyes to this possibilities”.

At InSilicoTrials we think that #simulation is the real game changer not only in the scientific world, but also in everyday life. We were honored to collaborate with VPH and to offer this prize to such a talented person because we believe that young researchers are the ideal conveyors of new technologies and ideas. Training is the starting point for change, that’s why we support their research in every way, even with awards like these.

We suggest you also to follow the VPH institute